Sydney: Former Australia captain Ian Chappell is of the opinion that the future of cricket needs a thoughtful consideration, especially on the number of formats which will suit the game in coming times. Currently, three formats of cricket are played at the international level — Tests, ODIs (50 overs) and T20Is (20 overs).

But in the last few years, T10, The Hundred and Sixty have come into play, luring a large number of players to play in even shorter formats of the game. Moreover, with South Africa pulling out of ODIs against Australia for their new T20 league and all-rounder Ben Stokes retiring from the 50-over game, cricket’s future has come under clouds of doubt.

“A reluctant Stokes said it was not possible for him to compete in all three formats, and while his retirement was not unexpected, it is nevertheless a concern. Played well, the 50-over game makes for a good cricket match that is rewarding in its entertainment value. Those are generally the sentiments of older players, who knew only two formats.

“Current players often place the IPL, in particular, and T20 in general, at the top of the list when it comes to satisfaction. This is why the future of the game needs thoughtful consideration. A firm decision is needed on how many playing formats are best for cricket. Once that is decided, it then needs to be confirmed how the formats should move ahead to ensure the game evolves,” wrote Chappell in his column for ESPNCricinfo.

Chappell further urged the administrators in power and authority of international cricket to take history into consideration before taking decisions about the future of cricket. “Cricket’s history needs to be carefully considered before a firm decision is made on the future pathway. The limited-overs game evolved because of a perceived boredom with Test cricket.”

“Then T20 grew rapidly on the back of supposed stagnation in 50-overs cricket. This raises the question of what happens if fans become bored with the 20-over game. Cricket is already dabbling with T10 leagues and it’s not hard to imagine the game embracing more of that format. T10 should be regarded as overdoing the entertainment quotient and not a format the professional players should embrace.”

Chappell signed off by elaborating on why he understands the temptation of players signing up to pay in various shorter formats of the game. “Even T20, with its tendency towards a power game, and lasting only 40 overs at best, can often be unfulfilling for a player. Fielding is an enjoyable part of cricket but it’s not the same for batters if they are facing very few deliveries.

“However, it is understandable that a current player, needing to provide for his family, is comfortable earning a good living from the shorter game. T20 suits many young cricketers as the skills needed for it can be developed more quickly than those required for the lengthy formats.

“The future of the game is in the hands of younger players, but they need to balance future decisions with an eye on the past. The balance is a delicate one but the game needs to hear informed opinions before making a decision on where cricket is heading. That is why the administrators should have organised an all-encompassing debate long ago.” 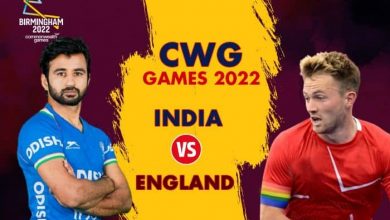