Trinidad: Indian cricket team captain Rohit Sharma is back to the top in the list of batters to score the most runs in T20I cricket. He achieved the feat after scoring a quick-fire 64 off 44 balls in the ongoing first T20I of the five-match series against the West Indies. India were in trouble after losing wickets in quick successions but Rohit Sharma stayed on the crease and scored a brilliant half-century to ensure that his team gets to a big total. The captain succeeded in his mission as the away side put up 190 runs for the loss of six wickets in 20 overs.

Rohit Sharma has scored a total of 3379 runs in 120 innings in T20Is. He had needed 21 runs before the start of the match and successfully overtook New Zealand’s opener Martin Guptil who is in the second position with a total of 3399 runs in the shortest format of the game at the international level. Martin Guptill had become the leading run scorer in men’s T2OI cricket when he played a quick-fire knock of 40 against Scotland recently.

The Indian captain also holds the record for most hundreds in T20 International cricket. Rohit Sharma has scored 4 hundred and 26 half-centuries in a total of 129 matches for India in T20Is. He will look to continue the same performance in the rest of the matches of the series. His form is also important for the Indian cricket team as the T20 World Cup in Australia is around the corner.

Virat Kohli is on the third position in the list of batters to score the most runs in T20I cricket. He has scored a total of 3308 runs in 99 matches at the international level. However, the former Indian captain is yet to score a hundred in T20Is. Kolhi has many centuries in the Indian Premier League and will try to get one in international cricket as well. 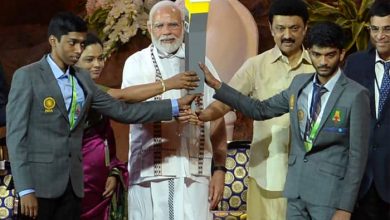