New Delhi: July 26 is a historic day in Indian history as it marks India’s win over Pakistan in the Kargil War. To honour the war heroes of the historic win, July 26 is celebrated as the Kargil Vijay Diwas in India. On the 23rd anniversary of the Kargil Vijay Diwas, let’s recall some bold claims made by former Pakistan speedster Shoaib Akhtar. The Rawalpindi express had said that he left a $250,000 County contract and went to Kargil to participate in the war, only to be denied permission by the Pakistan army.

“No one should doubt my patriotism. Very few people know that at that time I had a contract with Nottingham County Club for £250,000. In 2002, there was an even bigger agreement, but when the Kargil war took place, I left both of them and came to Pakistan,” Akhtar said, adding, “I had come and stood in Lahore. The Haji General came with me and said what are you doing here. I said the war was about to begin. If they die, they will die as well. We’ll see everyone. The county left the season and came back. I’ve been to fight twice,” Shoaib Akhtar had said.

“Had turned down a heavy county cricket contract to fight Kargil War.” Just make him the PM already! pic.twitter.com/zaAgQqhRu3

Akhtar also revealed that he had asked his friends in Kashmir to keep the weapons ready. “I called my friends in Kashmir that whatever the ready (weapons) are, keep it, I have come. My wife folded her hands and said, “Let it be for God’s sake.” India’s attack took place. There was a lot of damage. I woke up in the morning so I started to feel dizzy. The wife said don’t take any tension. I was fighting with people in tension,” Akhtar said in an interview with ARY. 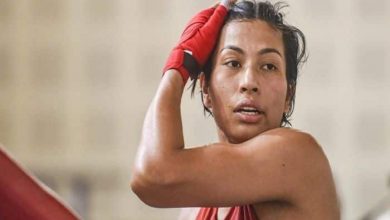