Birmingham: The India-Pakistan match is one of the most hyped and anticipated matches due to the bitter sour relations the two countries share. The teams are also keen to do well against each other as the world sets its sight on the rivalry between the two arch-rivals. The environment on the ground often gets tensed during the match but off the field, the players from both countries share great relations.

Earlier, during the ICC Cricket World Cup 2022, the Indian team was seen playing with Bismah Maroof’s Daughter which created a huge buzz on social media and fans loved the way the players maintained the dignity of the sport. A similar kind of incident was witnessed after India defeated Pakistan in the women’s game of the Commonwealth Games 2022. Post India’s win, India skipper Harmanpreet Kaur gifted a bat to a Pakistan player.

Nice gesture from Indian women captain Harmanpreet Kaur she has given her bat to Pakistan women player after commonwealth games match. #INDvsPAK pic.twitter.com/pwT0zNtrz2

Meanwhile, India were too good for Pakistan and won the match by eight wickets. Batting first, Pakistan were bowled out for 99 in their quota of overs. Radha Yadav and Sneh Rana were the stars with the ball and picked up a couple of wickets each. Pakistan needed a miracle to pull this off and their hopes were shattered in the powerplay itself. The Indian openers came out all guns blazing and reached 50 in the first five overs. Smriti Mandhana was on song and fetched herself a brilliant half century. She remained unbeaten on 63 off 42. India’s win over Pakistan came after the Women in Blue suffered a close three wicket loss to Australia which made their match against Pakistan a must win. 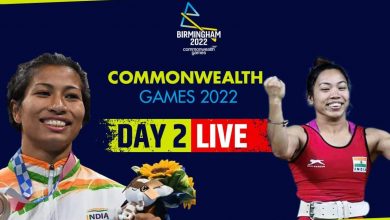 Pakistan Pulls Out Of Chess Olympiad; India Hits Out At Pak For “Politicising” Sporting Event